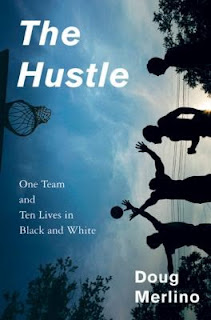 I think it can safely be said that "Boys in the Boat" got a lot of local (and national) love over the past couple years. Readers connected with the story, the historical context, and the fact that it was set in our very own Seattle. I'd like to recommend another Seattle-based book that received significantly less shine, but is easily as worthy. It is also about a team, but it is also about so much more. The book is called "The Hustle" by Doug Merlino. While in middle school, Merlino played local rec league basketball on a purposefully integrated team. Twenty years later, he tracks down all of his former teammates after learning that one of them has been brutally murdered. In examining the trajectory of the members of this 1986 team, Merlino takes a deep look at race, class, education, neighbor-hood, opportunity, and growing up in a city that is more segregated that we like to admit. If it were up to me, "The Hustle" would be required reading for all Seattle high schools, as well as part of the freshman reading list at University of Washington.

Posted by Spin at 9:38 PM
Email ThisBlogThis!Share to TwitterShare to FacebookShare to Pinterest